a South African immigrated to Germany from London where he had been living. His actual family roots were in Australia and now he had moved to a country where he finally wanted to settle down.

When he first dropped by to see me in my office at the company where we both worked, we talked about what his life was like when he first arrived in Germany and he told me in very decided terms that it was pretty difficult because he felt continually that he was being treated like an unwelcome foreigner. At that time, he had little money and just the suitcase he arrived with, and his general reception in the company was at best indifferent and at worst downright hostile.

This had nothing to do with an inability to speak the language. In fact his German was quite good, and he understood everything people said to him – only he didn’t like to speak it which naturally enough, given his frosty reception in the country, he had begun to associate German with unfriendliness and hostility. Luckily for him, most of the people working for the company had a more or less adequate grasp of English, and over time he did manage to make some English friends. But in the last few months of his stay he felt more and more isolated, and his one wish was to move back to an English speaking country. He saved some money and planned to leave Germany and move to Australia. In Germany, he said, he always felt unhappy and alone, and he pinned his hopes on finding everything he missed so much here in Australia, that open and wide land.

He had a huge respect for all different kinds of men and women – but he expected in return that they also accepted his difference.

Once when we were watching a video of Queen Elizabeth’s diamond jubilee, he turned to me and said, “I like this wise old lady with her warm and friendly face.”

One day I bumped into him in the lift and he told me how much I reminded him of his first girlfriend. We both laughed and our easy laughter led us on to a conversation about his being gay and about gender diversity in general which was one of the memorable highlights in my dealing with diversity in this company.

He was a man with a highly sensitive nature and one of the few executives I have met with a natural talent for creating deep human relationships: when assessing people’s potentiality in interviews, he was very quick to recognize those who do not respect diversity. He avoided this type of person and even though he was a peaceful man not given to anger, he sometimes lashed out in exasperation at the sheer stupidity of such intolerant narrow mindedness.

He himself didn’t bad mouth people and he had no sympathy for those who did.

He always showed great consideration to the poor and disadvantaged and never attacked them.

He was a man who even though he had his own strong opinions was always unflinchingly loyal to the company he served, a Change Manager with excellent analytical skills and a deep and compassionate knowledge of human nature.

Tragically, he never fulfilled his dream of moving to a more welcoming country. The cancer he was diagnosed with carried him off in cruelly short time.

He was one of the warmest, wisest, most engaging characters it has been my privilege to meet in the course of my professional life, a true example of the rewards inclusiveness can bring. I miss him greatly. 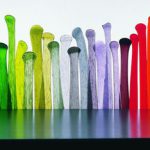