Considering Diversity in the Context of Corporate Social Responsibility 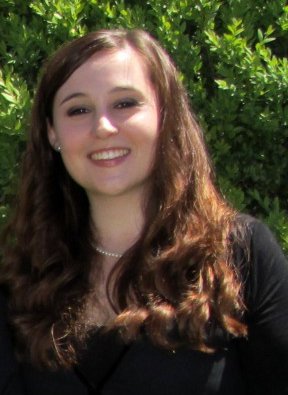 As a student of (American) cultural and business studies at a German university, you rarely get into contact with areas like corporate social responsibility (henceforth CSR) or diversity management. In most of the business classes at my university a clear focus lies on hard facts and theoretical concepts, which have to be memorized.

Modules such as “women and leadership” as well as “leadership and ethics” are squeezed into one or two sessions towards the end of the semester when everyone is already busy preparing for the upcoming exams. However, as a student of the humanities I have always had a natural inclination to be attracted to areas that are not quite black and white[1], which is why I became interested in one class on CSR that I attended about half way through my bachelor degree[2]. That is how my attention was raised for the CSR debate and eventually also for the field of diversity management.

Criticism of Friedman’s maxim that “the [only] social responsibility of business is to increase its profits”[3] resonated positively with my own beliefs because if companies ruthlessly exploit their environment, it can have tremendous socio-political and ecological consequences. For instance, companies could lose their license to operate and destroy valuable natural resources. The approach of CSR does not deny the fact that a company needs to generate profits in order to exist and grow; however, the very processes how money is made should be taken into consideration. Here, I want to emphasize that the most recent definition of CSR slightly differs from the original one which was first developed during the 1950s in the United States of America and was primarily concerned with the social impact of businesses[4]. Furthermore, CSR should not be confused with charity donations that are removed from business practices. CSR, as it is most commonly understood today, also incorporates aspects that are seen as crucial to a sustainable development, famously defined by the World Commission on Environment and Development or Brundtland Commission as “development that meets the needs of the present without compromising the ability of future generations to meet their own needs”[5]. Consequently, CSR includes a social, ecological and economic dimension. In other words, profits should be generated by taking issues of environmental protection as well as inter- and intragenerational justice into consideration.

Although the concept of CSR has been developed further since its emergence and adapted by many major international companies, critical voices can still be heard today. These critics mainly argue on a short-term basis while claiming that the strategic incorporation of CSR is cost-intensive since revenues might not increase immediately. However, specific concepts and tools have been developed that can help make business processes more sustainable and can positively influence a company’s financial performance in the long run. If, for instance, fewer resources are needed because production processes have been technically improved, production costs will be lower which in turn results in higher efficiency. Examples vary from linking bonuses to long-term success over supply chain standards (e.g. Starbucks’ C.A.F.E. Practices, Unilever’s Sustainable Living Plan) to health and educational services for employees.

With regards to the latter category of possible actions, the social dimensions to CSR, I see great potential in linking the notion of diversity with CSR. Admittedly, conceptual differences can be detected as Edeltraud Hanappi-Egger demonstrates in her article[6]; however, from a less rigid and exclusivist perspective, it can be stated that both concepts argue for and aim at holistic cultural change within a company, which is why diversity management can be regarded as an important aspect of a greater CSR strategy.

The concept of diversity originated during the Civil Rights Movement in the United States of America. Putting an end to the predominant doctrine of “separate but equal,”[7] the anti-discrimination movement targeted institutionalized racism in the U.S.. The 1960s are known mainly for the struggle of the black community to gain full citizenship, including civil rights. Yet, also other ethnic minorities fought against discrimination, such as Chicanos. These groups justly claimed true equality in the U.S.-American society, which evoked further political and cultural changes. These developments began to raise awareness of differences resulting in human diversity, which should not be suppressed or ignored but acknowledged, integrated and even celebrated.

Clearly, systematic inequality still exists today in most countries and within company structures; however, a process has set in tackling these cultural challenges in business. Diversity management as a distinctive approach to promote inclusion of diverse employee profiles into business culture has been discussed in the US since the 1990s and later also in Europe. In the beginning, particularly in Germany, diversity was often equated with improving women’s situation in the business context, which resulted in work life balance initiatives and discussions about women’s quota among others. Yet, diversity means far more than focusing on (white) women. It includes visible and invisible differences such as gender, age, nationality, sexual orientation, education, religious beliefs and handicaps. Implementing strategies which result in the inclusion of people with different backgrounds is now a crucial task for companies considering external phenomena and developments (globalization, assessment of new markets, war for talent, international alliances, potential for innovation, etc.).

If people’s differences are no longer cause for positive or negative, conscious or subconscious discrimination but are seen as intangible assets within a company that need to be fostered, another step is taken towards being socially as well as economically sustainable in the long run. Therefore, it would be beneficial also in the academic context to modify curricula accordingly. Both CSR and diversity management are interesting fields with an interdisciplinary potential which can trigger new ways of thinking.

1] The term ‘black and white’ is used for lack of a better phrase, although I am aware that this expression alludes to culturally determined hierarchical dichotomies which are to be criticized.

[2] It is important to stress at this point that enough empirical work has been conducted in both areas diversity management and CSR that should not be underestimated.

[3] [my insertion] Friedman, Milton. “The Social Responsibility of Business is to Increase its Profits.” The New York Times Magazine September 13, 1970. 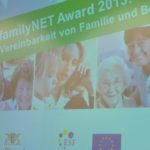 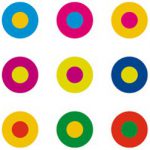